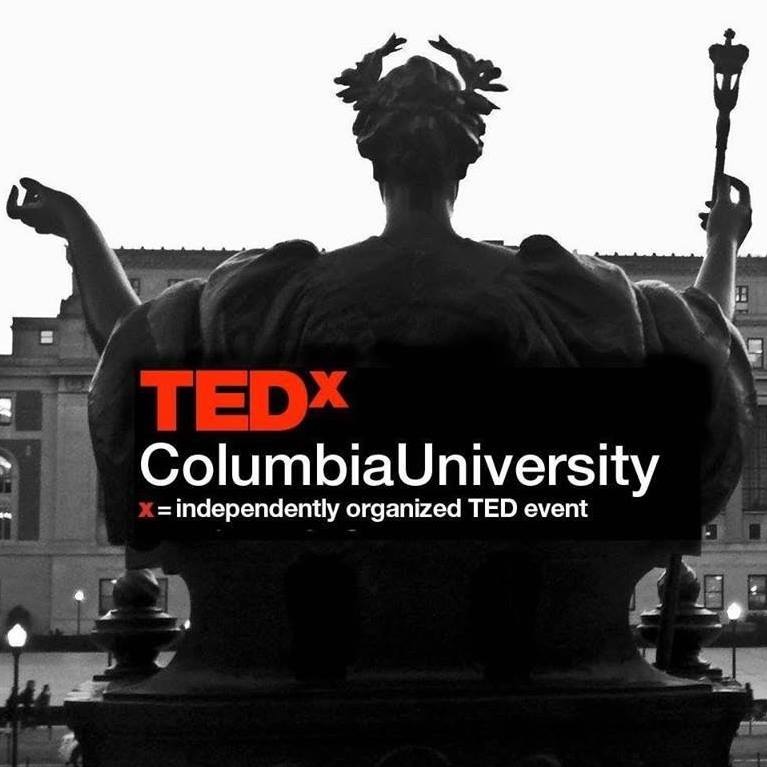 In a city like New York, it’s easy to take the same route every day, drink your regular coffee & talk to the same ten people. Every once in a while we have to stick our heads out of our little holes and ask ourselves: Wait, why do we do this again?

TEDxColumbiaUniversity is a one-day conference that lets you take a step back from your everyday work to ask big questions. We hope to shake you out of apathy, give you pause, and help you see two things: The world is endlessly interesting, and there are people working tirelessly to make it better.

In the spirit of ideas worth spreading, TED has created a program called TEDx. TEDx is a program of local, self-organized events that bring people together to share a TED-like experience. Our event is called TEDxColumbiaUniversity where x = independently organized TED event. At our TEDxColumbiaUniversity event, TEDTalks video and live speakers will combine to spark deep discussion and connection in a small group. The TED Conference provides general guidance for the TEDx program, but individual TEDx events, including ours, are self-organized.

TED is a nonprofit organization devoted to the mission: ideas worth spreading. Started as a conference in California in 1984, TED has grown to support those world-changing ideas with many initiatives. At a TED conference, the world’s leading thinkers and doers are asked to give the talk of their lives in 18 minutes or less. Speakers have included Roger Ebert, Sheryl Sandberg, Bill Gates, Elizabeth Gilbert, Benoit Mandelbrot, Philippe Starck, Ngozi Okonjo-Iweala, Brian Greene, Isabel Allende, and Gordon Brown.

On TED.com, talks from the conferences are shared with the world for free as TED Talk videos. A new talk is posted every weekday. Through the Open Translation Project, talks are subtitled by volunteers worldwide. Through our distribution networks, talks are shared on TV, radio, Netflix, and many websites.

Our initiatives include: the TEDx program, which gives free licenses to people around the world to organize TED-style events in their communities; the annual TED Prize, which grants $1 million to an exceptional individual with a wish to change the world; the Fellows program, which helps world-changing innovators from around the globe to become part of the TED community; and TED-Ed, which creates short video lessons by pairing master teachers with animators for use in classroom instruction or independent learning.

This year’s theme invites our community and the world watching to examine the world around us and RE—focus. It demands that we pause and reflect in a time of rapid advancement and disruption to ask ourselves, “what is the true purpose?” What is the future we envision and are we on the right path to get there? If not, we must RE—vision and try something new.

This year, our speakers bring us down these meaningful paths that they have blazed to reimagine the world. Together, let’s collectively reflect and ask ourselves:

Is now the time for the transformative and positive manifestation of change?

This independent TEDx event is operated under license from TED.

This independent TEDx event is
operated under license from TED.
Facebook